The audit period is here beginning January 15th - March 15th.    We have been going to many trainings for the stake auditors - mostly to observe the assistants as they do this.  On one we were to pick up Orozco from his work . . .  of course we got lost.  It was a "missionary blessing" when we turned the car around and I see him about 40 yards away . . . laughing!  There was tons of traffic and people walking.  He had seen us (the gringos) drive by and figured we would be back!  Oh yeah the other thing is our phone was "locked up" and not working.  It is a miracle that we found him.
I have noticed how loving many people here are w/each other.  We were sitting behind a family in church and two brothers maybe 7 and 11 were quietly (sorta reverent) playing "rock, paper scissors."  The older one quit and just put his arm around his brother, pulled him close and kissed his head - the younger one just snuggled in.  You often see women of all ages holding hands while they walk together - even teenagers.  The office here is often like a party - people are always singing in the halls and stopping to joke around.  This is right up Chuck's alley!  Most have a hearty laugh! 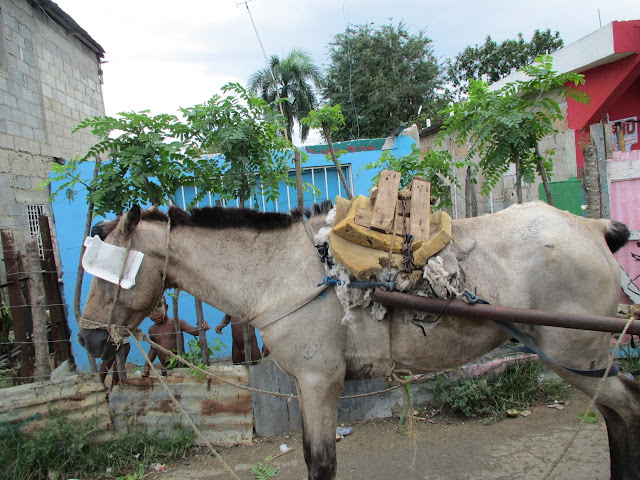 - I love it that many women use an umbrella when they walk outside - like the parasol days.

- We were in the apartment and I heard someone loudly singing outside - had a great voice.  Chuck looked out and there was a man strolling along and singing into a can - we don't know what his state of mind was but it was enjoyable!!

- There is a very rusted out old car abandoned on the street on our way home from the office.  This week we noticed someone was breaking in down and hauling it off - much easier than a tow truck??

- An SUV stopped in traffic and they quickly opened the back - they were hauling a big multi-layer cake with blue icing and it was melting and slipping sideways!  The man tried to straighten it and then crawled in w/the cake to hold it with blue icing everywhere . . . we doubt it made it!

- Sacrifice is when your son returns home from his mission and you aren't there to be with the rest of the family so your kids show it "live" to you on an ipad from the airport . . . that is what happened to our Area President Anderson and his wife.

- We got to attend the sealing in the temple of two couples from Haiti - in French.  Then they had their children brought in - girl maybe 7 and boy maybe 11 for one couple.  The other couple had a little boy about a year old.  They were so beautiful all in white with their dark skin and flashing smiles.  Except . . . the baby cried rather loudly the whole time - it was too late for him with too many new faces.

- We got a second new car!  They had assigned us the wrong one for some reason.  This is a white Toyota and Chuck likes it because it has a little more zip.

- On Christmas and New Year along the road there were whole animals roasting on poles . . . pigs, goats and chickens.  You just have them cut off what you want . . . we didn't try any . . .  didn't know how long they had been on that pole!

Sunday we left at 7:30 a.m. and drove an hour and a half east for church and trainings again w/Orozco.  Then we went to a disciplinary counsel with that case we worked on for so long.  That part of our work is pretty disturbing when you are dealing with a man's church membership.  Gratefully the real purpose of what we do is to teach procedures that protect those dealing with the finances if they are diligent in using them.

We hear the winter is colder than usual - sounds frigid!  We are still sleeping under a fan . . . although now with a sheet!

Love to all and hope you know are thoughts are with you often!  Mom and Dad, Grandma and Grandpa - Chuck and Vickie XOXOXOXOOXOX 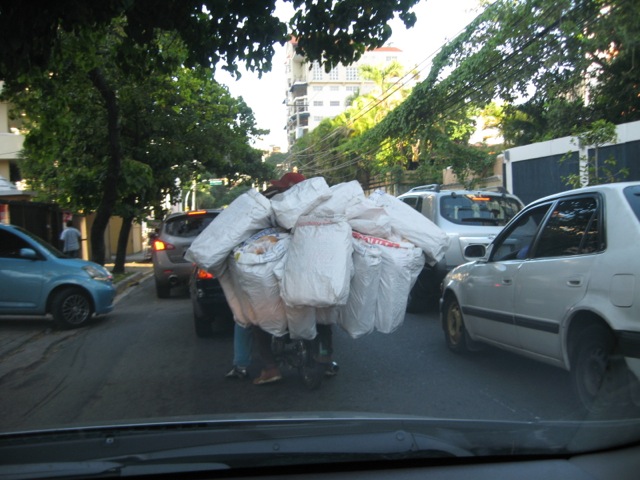 One way to deliver bread 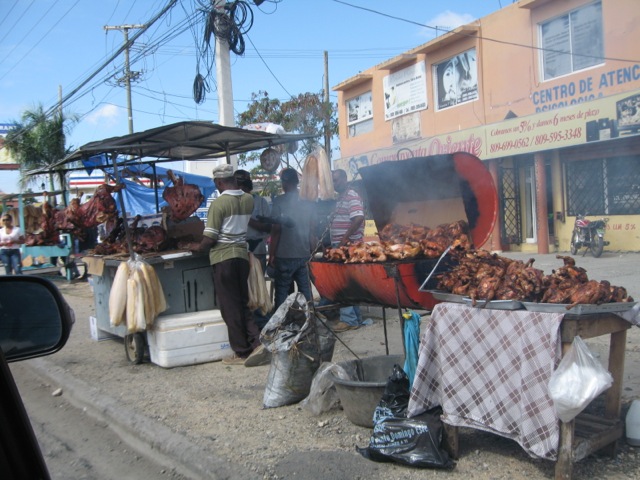 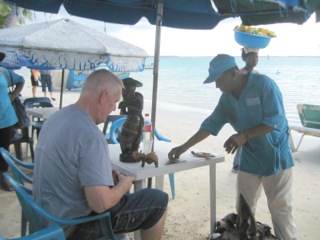 Chuck buying his carving of the Taino Indian
Posted by Vickie Rucker at 11:42 PM