We often are placed in situations that remind us of where we are serving even though our personal circumstances are comfortable.  I was visiting with someone the other day and commented on how this mission is more expensive than we had anticipated.  They responded with "That is because of your standard of living."  It is true . . . we live in a nice apartment, for the most part we eat the foods that we would at home, go out when we want and have a car.  The extremes here are great - perhaps a lot of drug money they say.  There are expensive shopping areas and apartment buildings and then extreme poverty.  Counting our blessings.

We visited Ocoa Branch an hour and half away.  Parts of that drive are beautiful in the mountains.  We had to go see about the travel funds that the branch is turning in - highest in the area.  They hire a bus or taxi to take everyone to meetings and activities.  The members aren't having to figure things out for themselves - it is just all provided.  No one has a car and it is a difficult situation but that is not the way to solve it.  When they get home late the Branch President has to walk home 3 and a half miles however because no transportation runs to where he lives.  We don't have an answer - but the Lord will and the members will be better for it.

There are about 220 chapels built by the church in the DR and another 100 rented facilities.  These are all so well maintained it is like finding an oasis when we turn a corner in these neighborhoods and see beautiful chapels.  I love it!  Anytime we are outside you can usually hear roosters crowing - a happy sound. 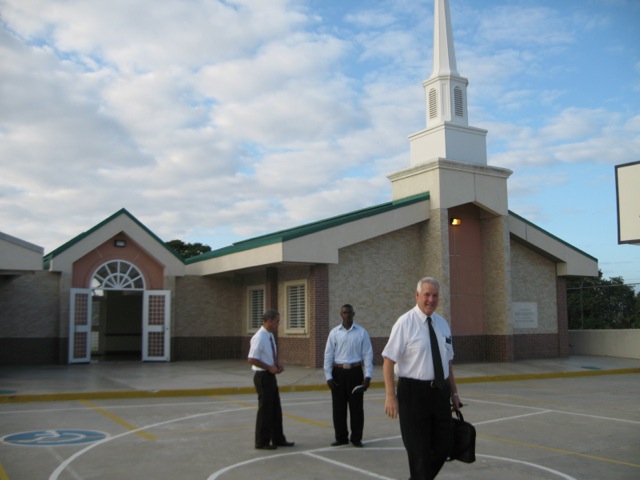 One of those pretty chapels - Nizau 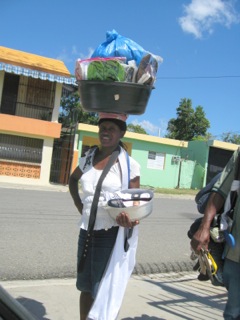 Lady at the gate of the chapel - just carrying her stuff to sell.

We hosted a small group at Family Home Evening on Monday.  I was leaving with a large bowl half full of salsa with a lot of avocado in it, I also had tortilla chips, carrot sticks and cucumber slices - healthy huh?  A group from Haiti was in the foyer of the Casa - having just arrived after 9 hours on a bus to come to the temple.  Sister Cuenot had been talking to them in French and came over to me and asked if she could have the food for them.  They had no money and had not brought any food with them.  Perhaps this happens often but we were not aware of it - nor is there a solution.  They just have such faith that if they can get to the temple things will be better.  Their thoughts are only for the day.  We were told about a young missionary that wouldn't eat at the MTC because he had such guilt with all of his plenty and knew his family was hungry at home.  It really is pause for thought to think of these situations all over the world.

What an awesome thing last week the announcement of 58 new missions throughout the world - two in Arizona!  This also means a great need for couple missionaries!  It is pretty unbelievable and exciting to watch all of this unfold.  Our MTC will soon have 105 and the previous limit was 55.

Wednesday the office was closed - it was their Independence Day - 27th de Febrero.  We went over and helped in the temple as they were busier than usual with people off work.  We had planned to go whale watching - a 7 hour round trip and 4 hours on the boat . . . talked ourselves out of it as it just sounded like an ultra long day and we weren't sure if the whales got the memo to be active!  Yesterday at noon the office had a really fun little celebration for the holiday and a real Dominicano buffet - it was good . . . however, not sure I will yearn for any of it when we leave! 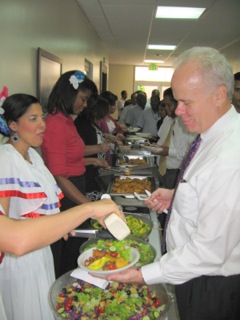 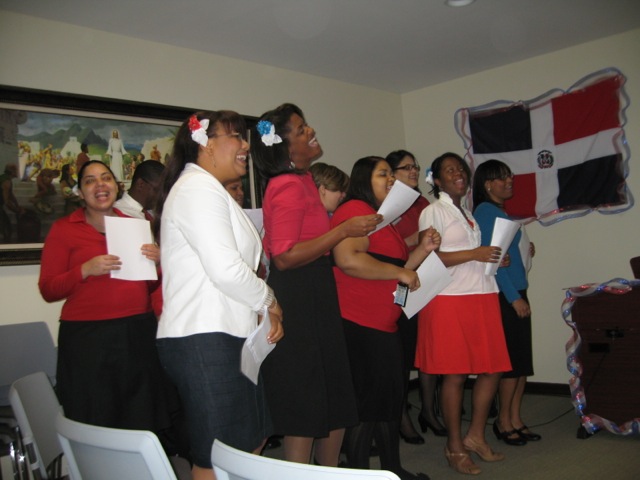 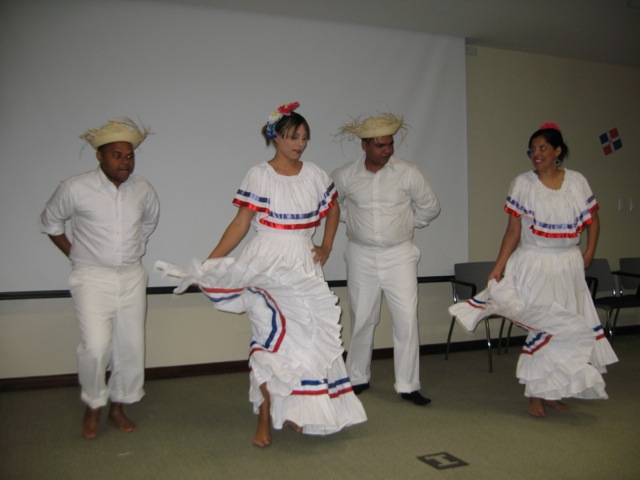 LOVE TO ALL . . . WE'RE THINKING OF YOU OFTEN!!!  XOXOOXXOXO  Mom and Dad, Chuck and Vickie, Grandma and Grandpa xoxoxoxooxoxxooxxo